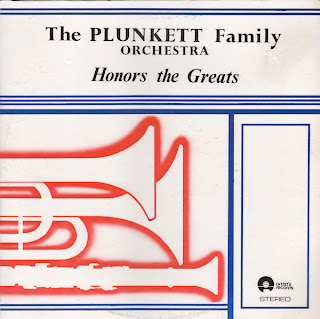 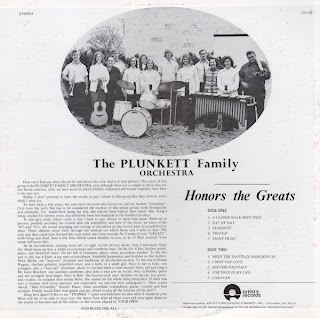 Day By Day
I Wish You Love
Caravan
The Plunkett Family Orchestra
Honors The Greats
Artist's Record Company - Cincinnati, Ohio
731102
Posted by By Mark Betcher at 7:04 AM 3 comments:

An Evening At Beulah's With Wayne Meusey 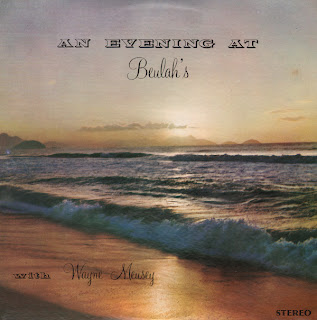 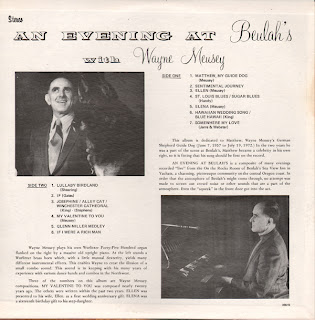 From the back cover: This album is dedicated to Matthew, Wayne Meusey's German Shepherd Guide Dog (June 7, 1957 to July 19, 1972). In the two years he was a part of the scene at Beulah's, Matthew became a celebrity in his own right, so it is fitting that his song be first on the records.

An Evening At Beulah's is a composite of many evenings recorded "live" from the On The Rocks Room of Beulah's Sea View Inn in Yachats, a charming, picturesque community on the central Oregon coast.

Posted by By Mark Betcher at 5:11 PM No comments:

For The First Time - Carol Martin 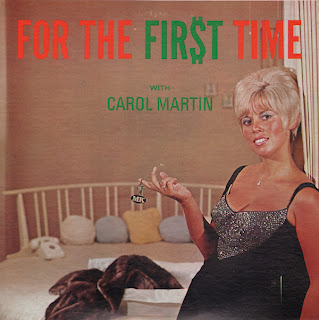 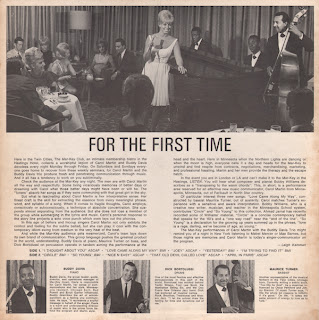 Yesterday
For The First Time

From the back cover: Here in the Twin Cities, The Mar-Key Club, an intimate membership bistro in the Hastings Hotel, collects a worshipful legion of Carol Martin and Buddy Davis devotees every night Monday through Friday. On Saturdays and Sundays everyone goes home to recover from these weekly seminars, for Carol Martin and Buddy Davis trio produce fresh and penetrating communication through music. And it all has a tendency to work on you subliminally.
Posted by By Mark Betcher at 3:07 PM 1 comment: