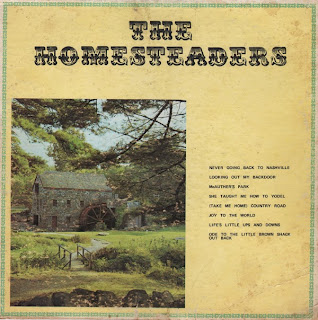 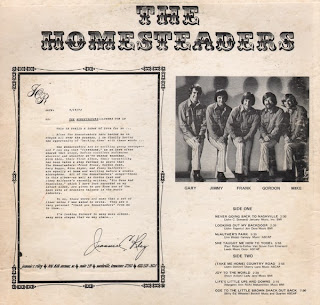 Never Going Back To Nashville
Looking Out My Backdoor
McAuther's Park
She Taught Me How To Yodel
Country Road
Joy To The World
Life's Little Ups And Downs
Ode To The Little Brown Shack Out Back
Posted by By Mark Betcher at 3:24 AM 2 comments: 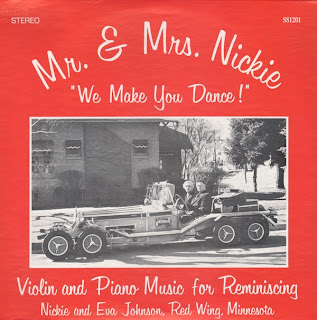 From the back cover: This album contains highlights from a program Nickie and Eva Johnson, 80 and 70 years old respectively, presented to the Golden Years Fellowship at the First United Methodist Church, Red Wing, Minnesota on October 6, 1971. The thought in making this recording is to share and preserve the life of Nickie and Eva with their many friends.

That said, from the back cover... in very small type... Jacket Cover: Eva and Nickie Johnson in the "Eight Wheeler" that Nickie designed and built.

That's all I got about the "wonder rod" on the cover... and I wonder where the old "Eight Wheeler" is today?
Posted by By Mark Betcher at 1:49 PM No comments:

Jose Maria Band In The Caribbean 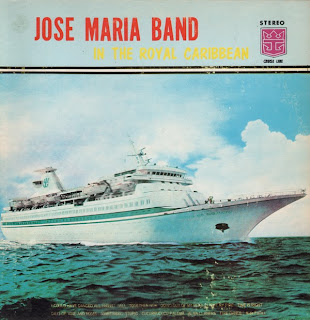 Posted by By Mark Betcher at 7:16 AM No comments:

Potpourri - As We Are 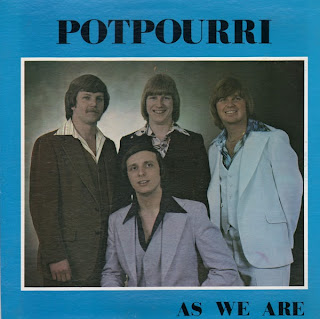 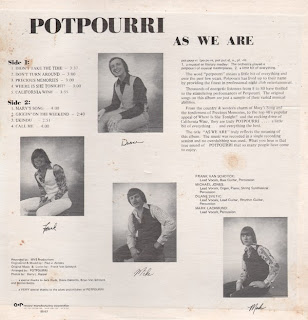 Mary's Song
Ukindu
Potpourri
As We Are
A+R Record Manufacturing Corporation - Dallas, Texas
Posted by By Mark Betcher at 3:52 PM No comments:

Tony Vilardo And The New Wave 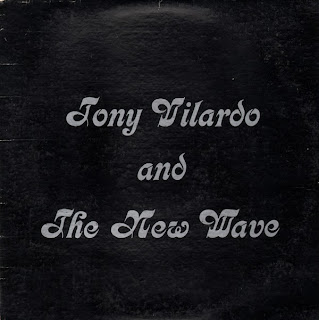 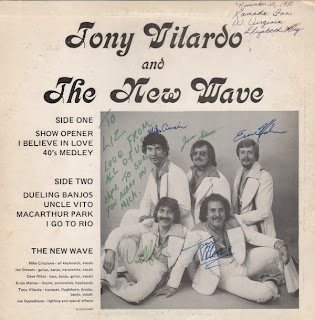 Album autographed during a November 25, 1980 show at The Ramada Inn, W. Virginia.
Posted by By Mark Betcher at 3:06 PM 4 comments: 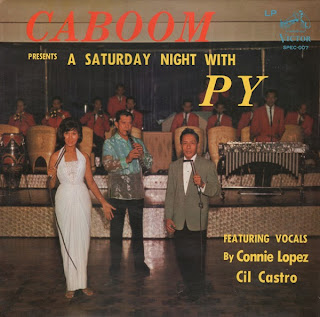 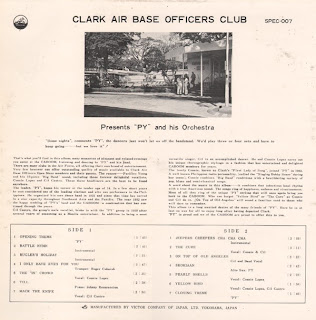 From the back cover: There are many clubs in the Air Force, all offering their own brand of entertainment. Very few however can offer outstanding quality of music available to Clark Air Base Officers Club Open Mess members and their guests. The reason... Pacifico Young and his 17-piece "Big Band" sound, including those forever delightful vocalists, Connie Lopez and Cil Castro. These three headliners are the best to be found anywhere.
Posted by By Mark Betcher at 6:39 AM No comments:

The Two Sides Of Ginny And The Gallions 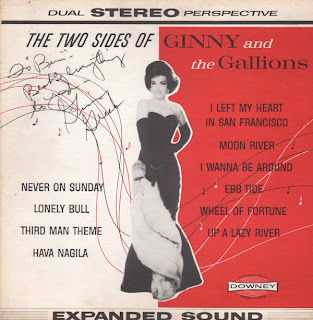 This is a "split" album featuring, for the most part on side one, Ginny's husband, Rex Gallion on trippy guitar and mandolin numbers.

From the back cover: In 1951 Rex organized the Veltones and then started looking for a girl singer. It was at this time Ginny Greer auditioned and became a part of the group. This was a happy relation because three years later Rex and Ginny were married.

From the back cover: Ginny Greer, Gallion born, Virginia Culmsee, in Sioux City, Iowa and was the youngest of three daughters. She made her first professional appearance on Radio at the ripe old age of five years. She has always been in the entertainment field, either on Radio, T.V. or Records. Ginny loves to sing the ballads with a deep meaning in the lyric lines. As you listen, you too will be intrigued with her ability to bring you in and let you live the song with her. We know you will enjoy this side of the "Gallions" as much as we do.

Hava Nagila
Never On Sunday
The Third Man
The Lonely Bull
I Left My Heart In San Francisco
Moon River
I Wanna Be Around
Ebb Tide
Wheel Of Fortune
Up A Lazy River
Posted by By Mark Betcher at 3:16 PM No comments: