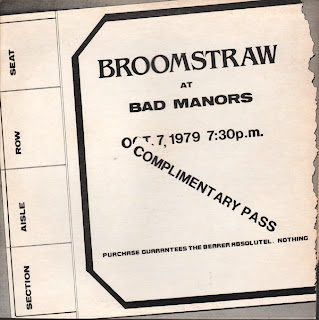 I can't find mention of a Bad Manors (bar or club) that was located in Cincinnati, Ohio area.

Song writing is credited to J. Tucker. From the other credits found on the album you might assume that the group was a "family" act. Names include Alan, Dan, Mike and Scar Tucker. Other members include Jim Donnermeyer, Joe Friedhoff, John Valentine and Gus Hagedorn. Engineers credited are: Jr. Bennett, R. Seible, J. Krause and D. Smith.
Posted by By Mark Betcher at 7:38 AM 1 comment:

I Think We Can Make It - The Velvet Storm 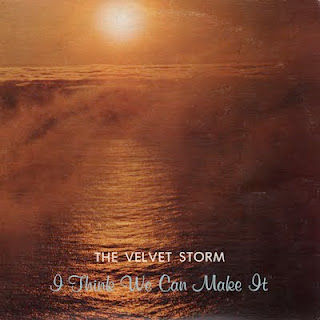 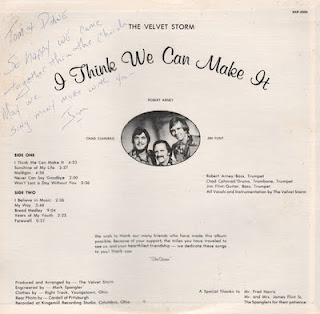 Malegas
My Way
I Think We Can Make It
The Velvet Storm
Blue Ash
Kingsmill Recording Studio, Columbus, Ohio
BAR-2008

The Velvet Storm, from what I can determine from the jacket, was a lounge band working out of Central Ohio.
Posted by By Mark Betcher at 3:49 PM 8 comments: 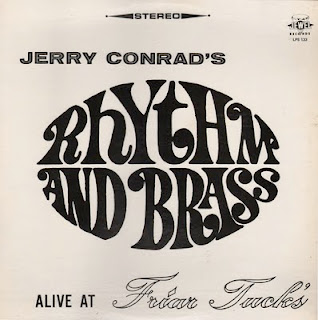 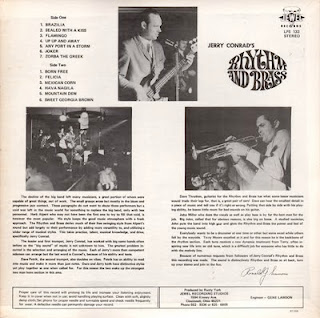 I found one brief mention of Friar Tuck's online. Apparently it was a nightclub located somewhere in Northern Kentucky.
Posted by By Mark Betcher at 8:31 PM 12 comments: