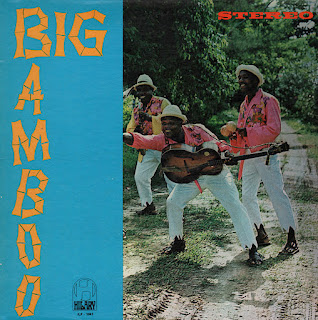 From the back cover: The Jamaica Hilton Hotel lives up to its reputation as one of the finest hotels in the Hilton tradition. The Hilton presents the finest in Island calypso music with their swinging calypso group known as the "Hiltonaires". The excitement of calypso or mento or ska danced on Jamaica's sun-bleached sands to music played by this very talented group is a must for every visitor to Jamaica's glamourous Northcoast Resort area.
Posted by By Mark Betcher at 10:39 PM No comments: 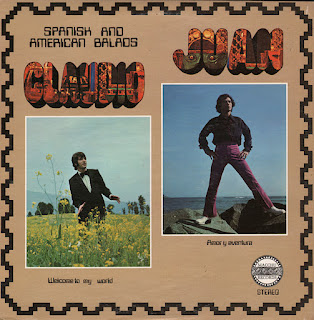 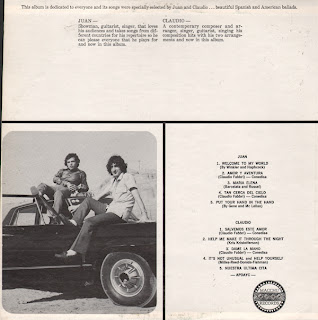 From the back cover: Juan - Showman, guitarist, singer, that loves his audiences and takes songs from different countries for his repertoire so he can please everyone that he plays for and now in this album. Claudio - A contemporary composer and arranger, singer, guitarist, singing his compositions hits with his arrangements and now in this album.

Posted by By Mark Betcher at 9:13 PM No comments: 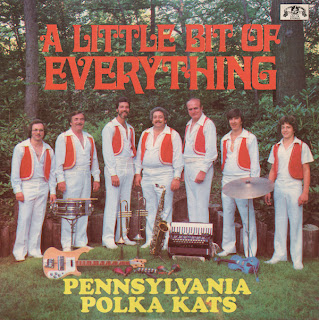 Sometimes I Talk In My Sleep
Little Bit Of Everything
Pennsylvania Polka Kats
Lemans Records - Belle Mead, N.J.
LPC-74
1980
Posted by By Mark Betcher at 5:01 AM 1 comment: 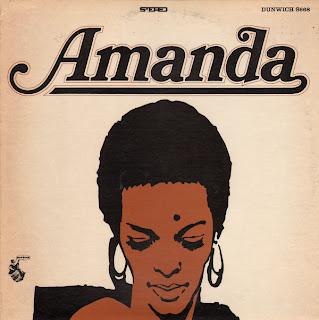 This isn't a completely obscure recording and Amanda Ambrose apparently made at least three records although it is hard to tell from online searches. She may also have made several appearances on the Johnny Carson Show in the early 70s.

Record live at Mother Blues, Chicago.
Posted by By Mark Betcher at 7:50 AM No comments:

Shade Of Blue - Enjoyment In Entertainment 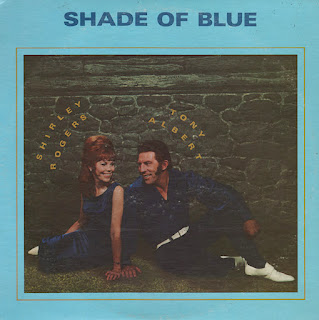 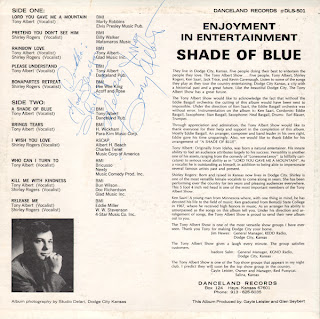 From the back cover: The Tony Albert Show is one of the Top show groups that appears in my night club. I predict they will soon be the top show group in the country. – Gayle Leister, Owner and Manager, Red Pussycat. Salina, Kansas
Posted by By Mark Betcher at 1:05 PM No comments:

All By Myself - Stu Self 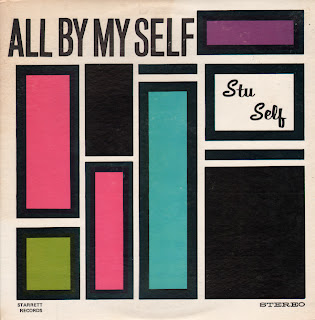 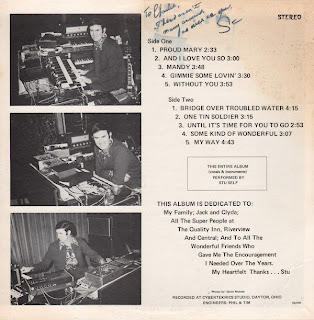 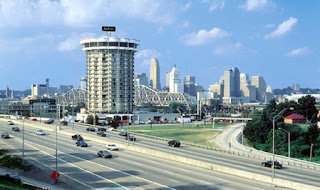 According to the jacket notes, Stu gigged at the lounge of the Quality Inn, Covington, KY., a building still exists, but is now owned by Radisson. The building is a terrific piece of space age architecture. A rotating restaurant can be found on the top floor. Self would have likely played his set in a ground floor lounge that was located in a section of the building just off the tower, to the right, as seen in the postcard image above.

Proud Mary
And I Love You So
Mandy
Gimme Some Lovin'
Without You
Bridge Over Trouble Water
One Tin Shoulder
Until It's Time For You To Go
Some Kind Of Wonderful
My Way
Posted by By Mark Betcher at 3:27 PM 9 comments: 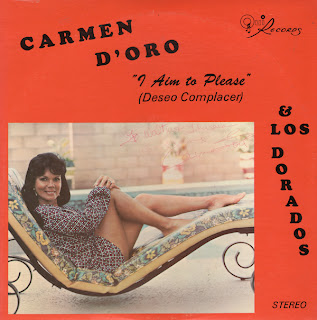 Even as this album is being pressed, CARMEN and her group are entertaining our troops in Viet Nam for the fourth time.
Posted by By Mark Betcher at 5:26 AM 3 comments: 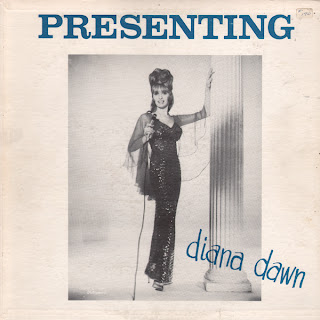 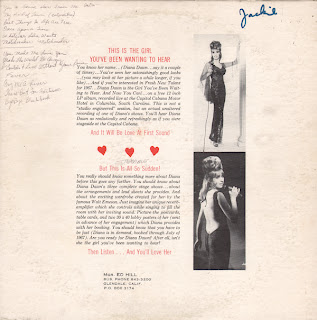 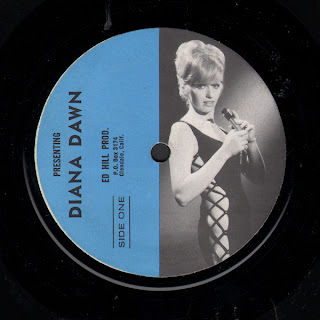 From the back cover: You know her name... (Diana Dawn... say it a couple of time)... You've seen her astonishingly good looks... (you may look at her picture a while longer, if you like)... And if you're interested in Fresh New Talent for 1967... Diana Dawn is the Girl You've Been Waiting To Hear. And Now You Can! ...on a free 12 inch LP album, recorded live at the Capitol Cabana Motor Hotel in Columbia, South Carolina. This is not a "studio engineered" session, but an actual unaltered recording of one of of Diana's shows. You'll hear Diana Dawn as realistically and refreshingly as if you were stageside at the Capitol Cabana.
Posted by By Mark Betcher at 4:48 AM No comments: 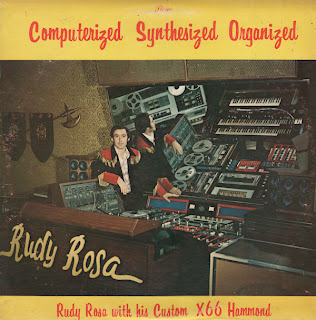 From the back cover: Both musically and electronically oriented, Rudy Rosa began his career at the age of six, giving him to date, over 24 years in the music field. Rudy designs, builds and services his equipment, and also recorded the master of this album, using his wife Sue, as chief engineer.

It is also interesting to note that Rudy cannot read a note of music, and never had a lesson on the organ. His father taught him to play the accordion by ear. Also the organ complex you see and hear on this album is one of a kind, and the sounds you hear can only be described in the same way. "Totally Unique." The Organ console basically is a Hammond X-66 used in companionship with an Arp synthesizer, along with a mass of other knobs and dials that gives it the appearance of a 747 cockpit. The only difference in this case, there is only one pilot, and also it will never get off the ground. However musically, it has risen high in the music world, and this can be witnessed by the crowds that flock to see Rudy perform at Manny's Surf And Turf Supper Club located in Fairfax, Virginia on the outskirts of the nations capitol, Washington, D.C.
Posted by By Mark Betcher at 3:58 AM 3 comments: