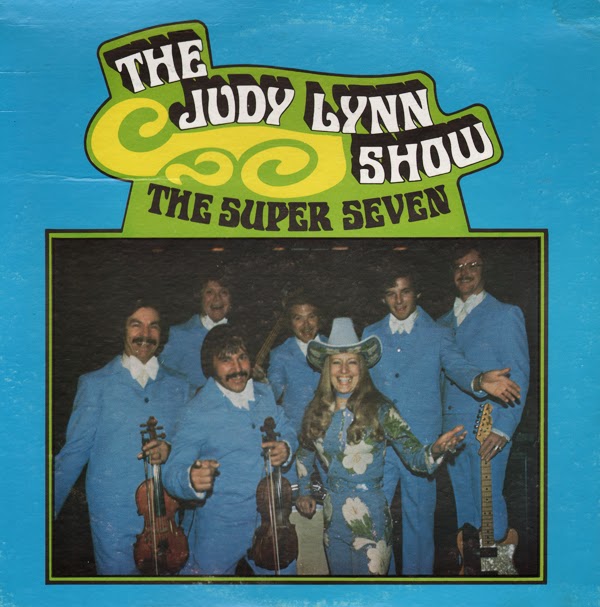 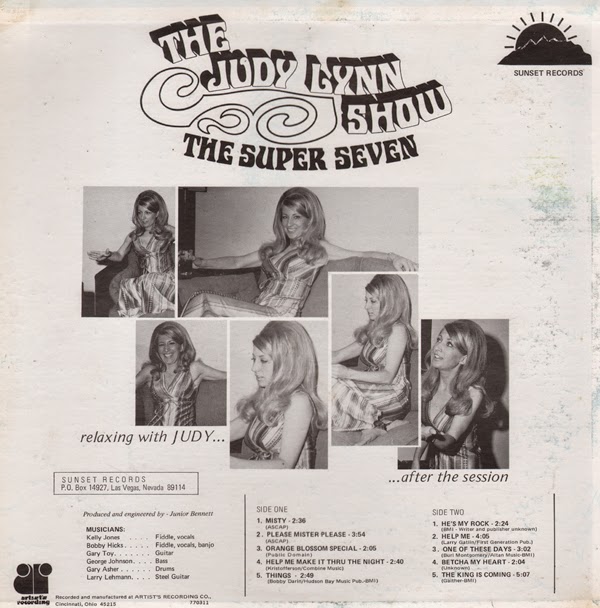 Lynn was born in Boise, Idaho. As a teenager she joined a nationwide tour of Grand Ole Opry performers. She was hired to fill in for Jean Shepard, who had become ill during the tour. She soon married her manager and for over 20 years her show was a staple piece of the Las Vegas strip, featuring her brand of Country Music in dazzling Nudie costumes. Lynn retired from the music business in 1980 to become a Christian minister. She died on May 26, 2010 after suffering congestive heart failure at her home in Jeffersonville, Indiana.

Misty
Please Mister Please
Orange Blossom Special
Help Me Make It Through The Night
Things
He's My Rock
Help Me
One Of These Days
Betcha My Heart
The King Is Coming
Posted by By Mark Betcher at 10:48 AM 3 comments: 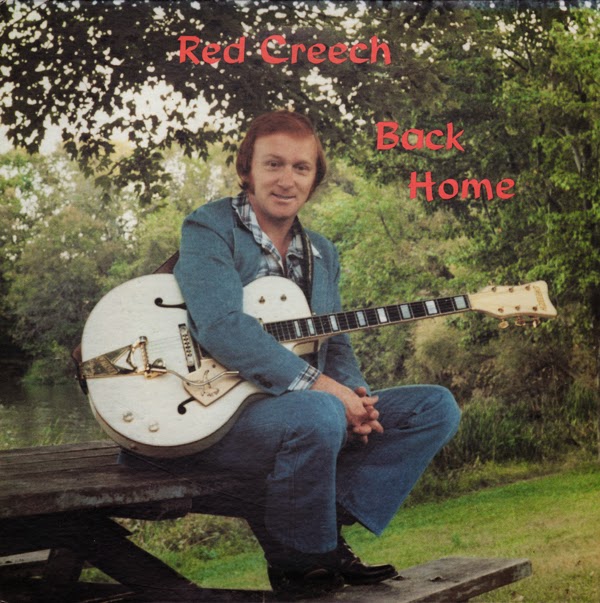 From the back cover: Red was very persistent over the years in learning to play the guitar. This persistence paid off when John Lair of the Renfro Valley Barn Dance heard him and offered him a job on the barn dance. He was to be a member of the staff as a back up guitarist. Liking his playing, Mr. Lair discovered Red could sing, then he was given a featured spot as a vocalist.

The barn dance job also led to a job on the well known Renfro Valley Sunday Morning Gatherin, a program heard through out most of the U.S. and Canada. Said to be the second oldest continuing radio program in the U.S. As well as playing guitar on this program, Red was also asked to sing in the Home Folks Quartet, a gospel group formed by John Lair for the sunday morning program.

Pick Me Up On Your Way Down
Wildwood Flower
Roots Of My Raisin Run Deep
Nine Pound Hammer
Cannon Ball Rag
Sunday Dreamers Fool
What's Wrong With The Way That We're Doing It Now
San Antonio Rose
Little Brown Shack
Burning Bridges
Life's A Railway To Heaven
Posted by By Mark Betcher at 5:19 AM No comments: 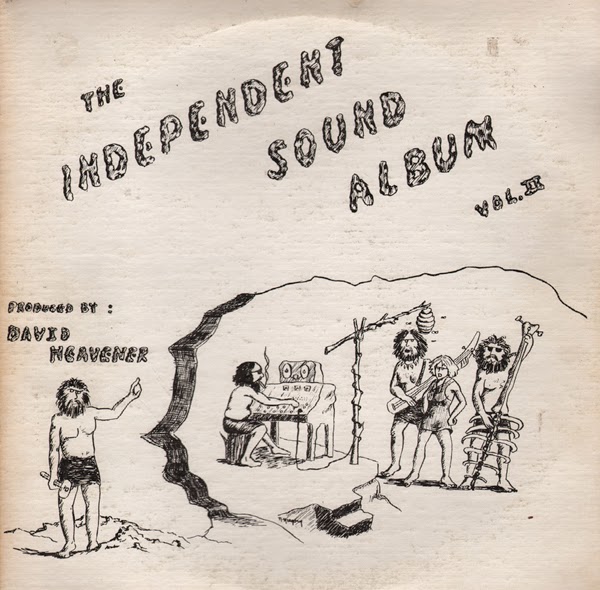 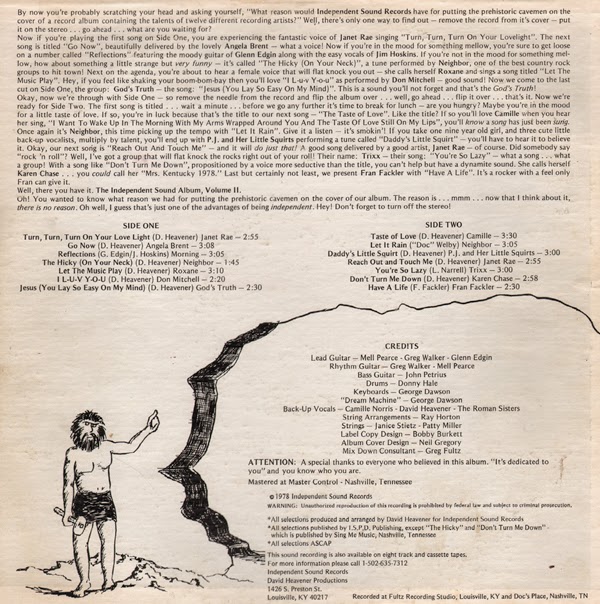 From the back cover: Oh! You wanted to know what reason we had for putting the prehistoric caveman on the cover of our album. The reason is… mmm… now that I think about it, there is no reason. Oh well, I guess that's just one of the advantages of being independent. Hey! Don't forget to turn off the stereo!

Turn, Turn, Turn On Your Love Light
Go Now
Reflections
The Hicky (On Your Neck)
Let The Music Play
I L-U-V Y-O-U
Jesus (You Lay So Easy On My Mind)
Taste Of Love
Daddy's Little Squirt
Reach Out And Touch Me
You're So Lazy
Don't Turn Me Down
Have A Life
Posted by By Mark Betcher at 3:16 PM No comments:

Who Is Ed Williams? 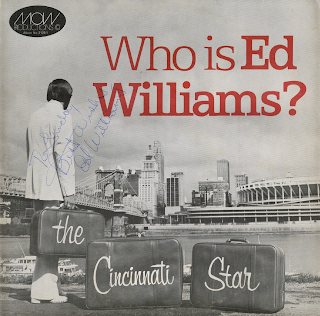 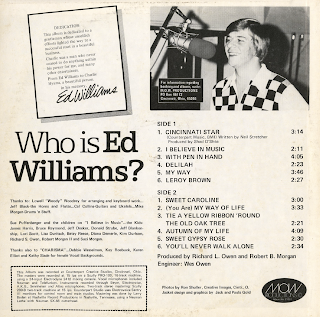 My Way Of Life
Who Is Ed Williams
The Cincinnati Star
Produced by Richard L. Owens and Robert B. Morgan
Counter Part Studios - Cincinnati, Ohio
M.O.W. Productions
Album No. 21231
1973

Cincinnati Star
I Believe In Music
With Pen In Hand
Delilah
My Way
Leroy Brown
Sweet Caroline
(You Are) My Way Of Life
Tie A Yellow Ribbon 'round The Old Oak Tree
Autumn Of My Life
Sweet Gypsy Rose
You'll Never Walk Alone
Posted by By Mark Betcher at 12:19 PM 3 comments: