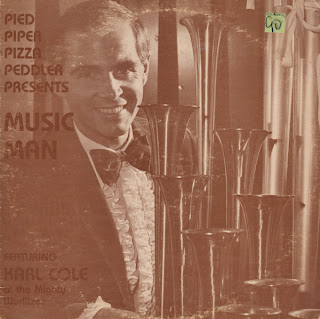 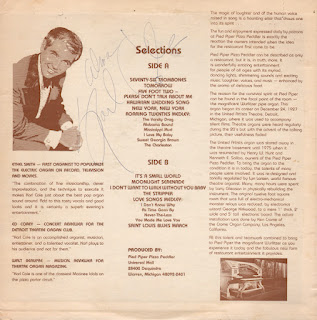 Since I've been collecting I've found what seems like many albums featuring pipe organs installed in businesses such as pizza parlors. One album featured an organ installed in a motorcycle dealership.

From the back cover: This organ began its career on December 24, 1927 in the United Artists Theatre, Detroit, Michigan, where it was used to accompany silent films. The United Artist organ was stored away in the theatre basement until 1975 when it was resurrected by Henry W. Hunt and Kenneth E. Saliba, owners of the Pipe Piper Pizza Peddler.
Posted by By Mark Betcher at 8:13 AM