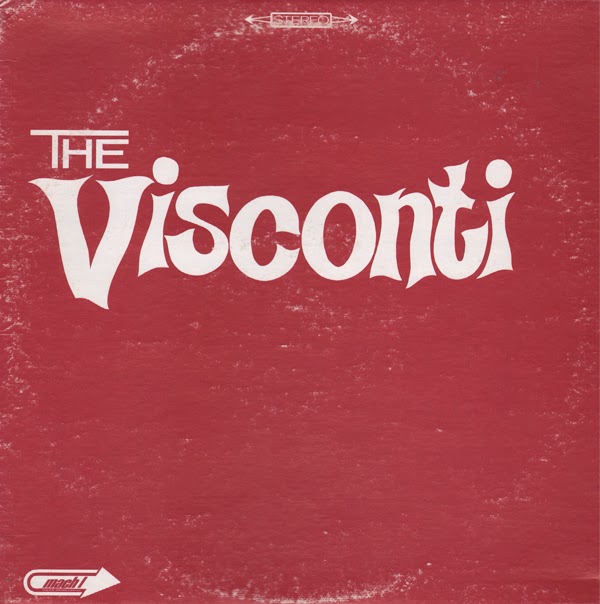 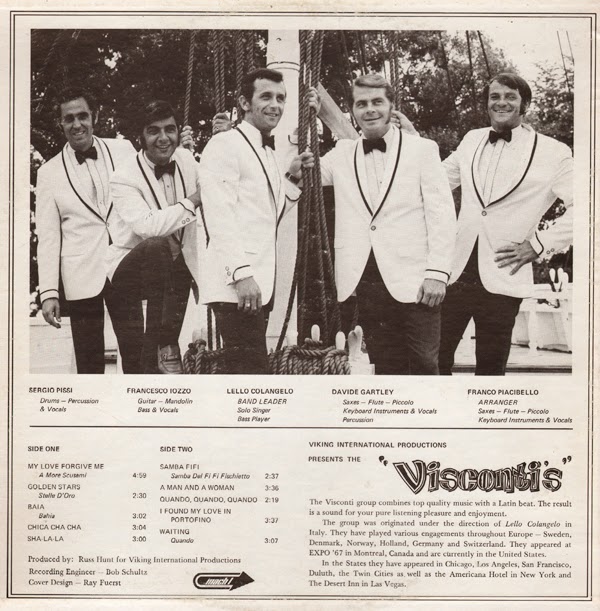 From the back cover: The Visconti group combines top quality music with a Latin beat. The result is a sound for your pure listening pleasure and enjoyment.

The group was originated under the direction of Lello Colangelo in Italy. They have played various engagements throughout Europe – Sweden, Denmark, Norway, Holland, Germany and Switzerlan. They appeared at EXPO '67 in Montreal, Canada and are currently in the United States.

In the States they have appeared in Chicago, Los Angeles, San Francisco, Duluth, the Twin Cities as well as the Americana Hotel in New York and The Desert Inn in Las Vegas.

My Love Forgive Me
Golden Stars
Baia
Chica Cha Cha
Sha-La-La
Samba FiFi
A Man And A Woman
Quando, Quando, Quando
I Found My Love In Portofino
Waiting
Posted by By Mark Betcher at 7:27 AM