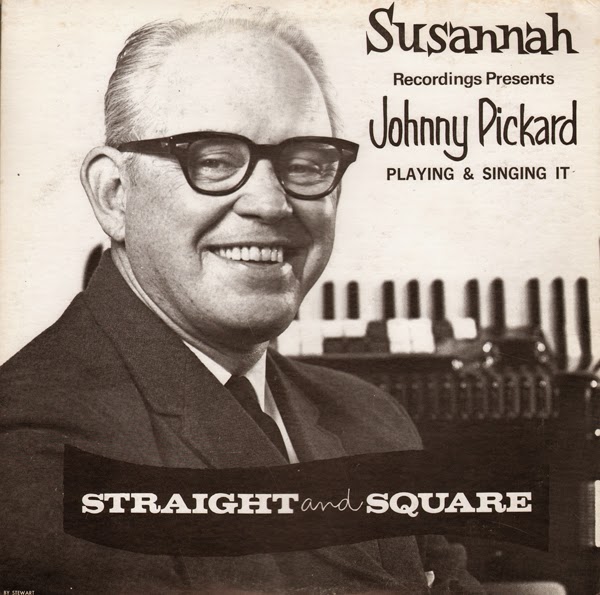 From the back cover: After leaving Duke (University) he (Pickard) was employed by a large cotton manufacturing from, saved up enough to purchase his first full-size accordion and started to put his knowledge of theory to use and practice. In a few months several "gigs" with a band under the baton of Jimmy Talbert convinced Johnny that this was his kind of work. He later joined the Ceil Ellington band of Richmond, Virginia as vocalist and also started working on his talent as a single entertainer, eventually ending up in spots like Leon & Eddies in New York, The Club Charles in Baltimore and many others.

Mediation
Old Playmate
Dancing On The Ceiling
I'm Glad There Is You
Ecstasy
Judaline
Man And Woman
For Once In My Life
Mr. Lucky
September Song
Sleepy Time Down South
I Left My Heart In San Francisco
Posted by By Mark Betcher at 10:57 AM