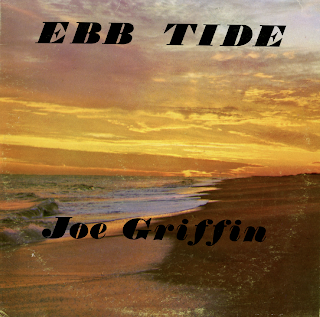 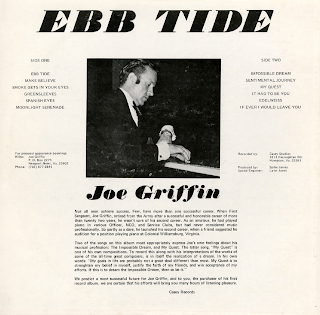 From the back cover: Not all men achieve success. Few, have more than one successful career. When First Sergeant, Joe Griffin, retired from the Army after a successful and honorable career of more than twenty two years, he wasn't sure of his second career. As an amateur, he had played piano in various Officer, NCO and Service Clubs, but had never considered music professionally. So partly as a dare, he launched his second career, when a friend suggested he audition for a position playing piano at Colonial Williamsburg, Virginia.

Ebb Tide
Make Believe
Smoke Gets In Your Eyes
Greensleeves
Spanish Eyes
Moonlight Serenade
Impossible Dream
Sentimental Journey
My Quest
It Had To Be You
Edelweiss
If Ever I Would Leave You
Posted by By Mark Betcher at 5:05 PM