Our Own Thing - The Voyagers 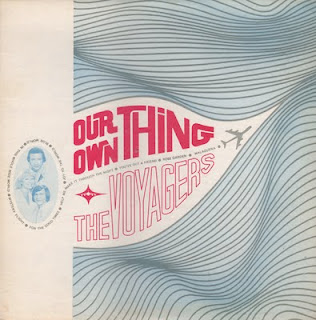 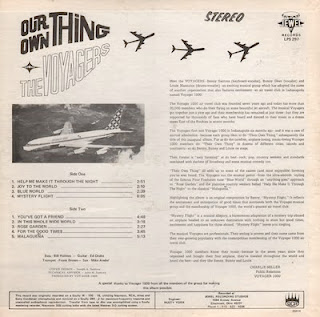 Created as a a tie-in promotion with an Indianapolis, IN "air travel club" of the same name (Voyager 1000). From the back cover: The Voyagers first met Voyager 1000 in Indianapolis six months ago - and it was a case of mutual admiration - because each group likes to do "Their Own Thing." Subsequently the title of this inaugural album.

Mystery Flight is an original composition according to the notes.
Posted by By Mark Betcher at 2:49 PM