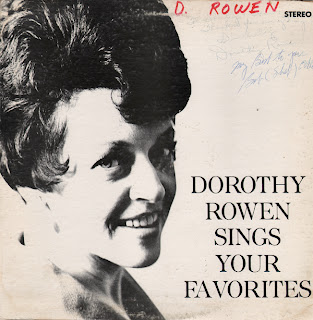 From the back cover: Since this is my first album, I think it is only fitting to tell you a little about myself, and why I would presume to make an album at this stage of my life. After all, I have been married 23 years to a wonderful man and have raised two children. The reason is simple – I sincerely love to entertain. If just one tune out of all that we have recorded for this album provokes a beautiful memory or somehow makes you feel a little bit happier, then all the work that has gone into making it is well worthwhile.

Born and raised in a small town in Missouri, I learned as a child the complete joy of entertaining through the constant encouragement of my parents. The credit for any success I have had – may have – belongs entirely to them.

The album was recorded "live" at the Springs Motel, Located in Lexington, Kentucky. I began working there over five years ago as a solo performer – that is, playing the piano and singing all the old favorites, and encouraging anyone who felt like it to sing along with me. After a very successful three years – after extensive remodeling of the room – we had need of a dance group. Thus, the "Neptunes" were born – the group you will hear in the background. It consists of Bob Eckler on guitar, Wayne Calbish on drums, and yours truly at the Hammond Organ.

Bob – Lexington's answer to Chet Akins – is by far one of the best guitarists you'll hear anywhere. He can play sweet or low-down and in the next instant, "pick it purty, Leon" as you'll hear, particularly in "Bird Of Paradise" and "Good Old Mountain Dew." He also sings with me on these numbers, and our rendition of "Does Your Heart Beat For Me" is almost a night occurrence. Wayne is also a very versatile and invaluable man to have around in that he, too, sings, but more than that, he has the ability to lending just the right touch on the drums to a small group such as ours. You'll hear him really "turn on" in "Wipe Out" – a rock tune that is bound to set you toes tapping. 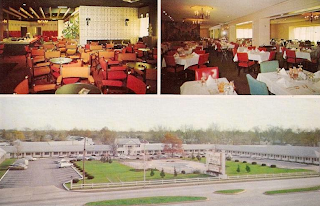