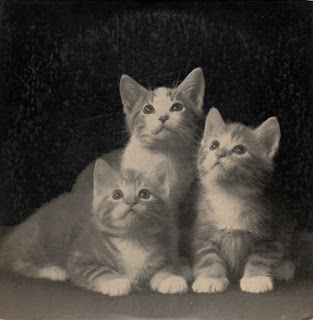 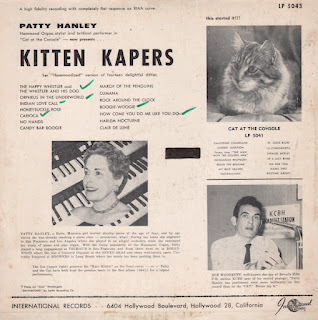 Apparently this is Hanley's second album, the first, Cat At The Console LP 5041 is featured on the back cover.

From the back cover: Patty played a long engagement at TECHAU'S in San Francisco and from there went on to HOLLY-WOOD where she was a featured Organist at the SEVEN SEAS and other well-known spots. Currently featured at BROWERS on Long Beach where her music has been packing them in.
Posted by By Mark Betcher at 11:43 AM