Living It Up With Teddy Greaves 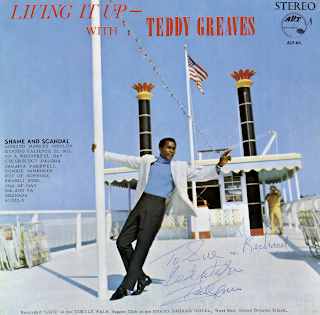 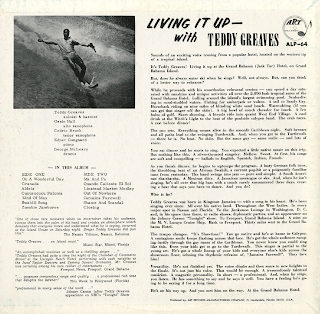 From the back cover: Teddy Greaves was born in Kingston Jamaica – with a song in his heart. He's been singing ever since. All over his native land. Throughout the West Indies. In every major spot in the Nassau and Florida. To the Junkanoo Lounge in Washington, D. c. and, in his spare time there, to radio shows, diplomatic parties, and an appearance on the Johnny Carson "Tonight" show. To Freeport, Grand Bahama Island. A stint of the M. V. Lucaya Cruise Ship. Back to Freeport. Thirty miles west to the Grand Bahama Hotel.