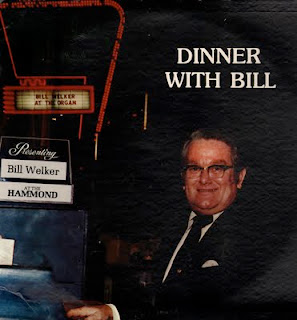 From the back cover: When not "delivering mail" on his "Rural Route", Bill Welker can usually be found at the console of his "HAMMOND 77"!! At the "Holiday Inn" he "plays for pay" but mostly he plays for his own "enjoyment" and that of his friends. Not only do people like to "listen" to his music but they really enjoy "watching" Bill put the organ through its paces, for he truly "loves" his muic and that "love" comes through to the listener and/or observer!! – Bill has entertained at most local and surrounding "eateries" and "night clubs" in the Zanesville (Ohio) area, and presently plays nightly (except for Sundays and Mondays) at the Holiday Inn east of Zanesville. So, for some good food and some very pleasant listening, come have "DINNER WITH BILL" 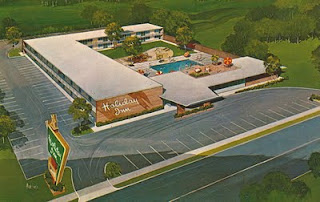