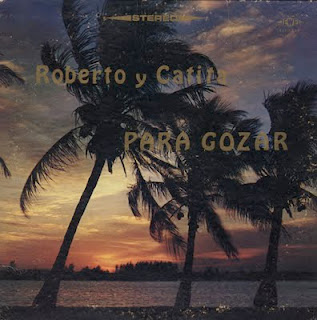 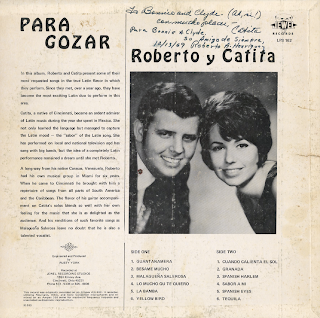 From the back cover: Catita, a native of Cincinnati, became an ardent admirer of Latin music during the year she spent in Mexico. She not only learned the language but managed to capture the Latin mood – the "sabor" of the Latin song. She has performed on local and national television and and has sung with big bands, but the idea of a completely Latin performance remained a dream until she met Roberto.

A long way from his native Caracus , Venezuela, Roberto had his own musical group in Miami for six years. When he came to Cincinnati he brought with him a repertoire of songs from all parts of South America and the Caribbean.