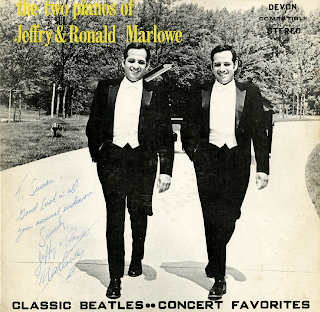 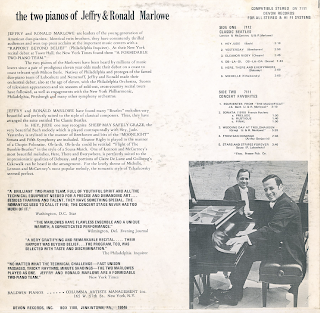 From the back cover: The two pianos of then Marlowes have been heard by millions of music lovers since a pair of prodigious eleven year olds made their debut on a coast to coast telecast with Milton Berle. Natives of Philadelphia and proteges of the famed duo-piano teams of Luboshutz and Nemenoff, Jeffry and Ronald made their orchestral debut, also at the age of eleven, with the Philadelphia Orchestra. Scores of television appearances and six seasons of sold-out, cross-country recital tours have followed, as well as engagements with the New York Philharmonic, Philadelphia, Pittsburgh and many other symphony orchestras.