Joe Cowan At The Twin Keyboards 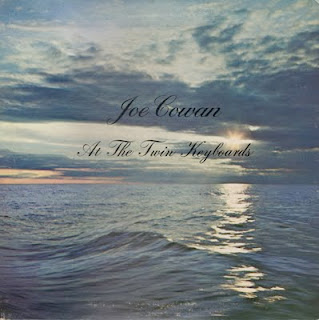 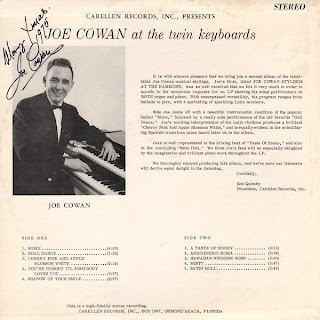 Apparently this is Cowan's second album. His first offering was titled Joe Cowan Stylings At The Hammond Organ. I believe Cowan recorded at least four albums. I found several more albums online:  For Your Dancing Pleasure and The Magic Of Music. All of them self-produced and sporting pre-printed stock art covers.