The Brass Buffs Scratch 1 - Out Of Sight 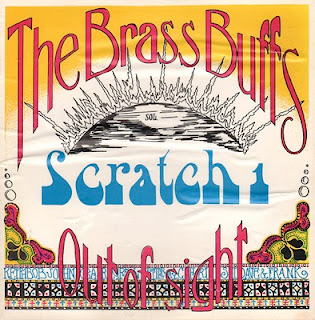 From the back cover: ...a band of eight young men whose music appeals to kids who like a solid rock beat and adults who are attracted to the melodic line. In the eight months since this group has formed they have performed at such spots as Phipps Auditorium, The Haytt House, The Hilton Hotel, Crestmore Country Club, numerous high school dances, and a reception for the Vice President of the United States. In the 1967 Denver Teen Fair they managed to place among the 7 semifinalists of the nearly 180 bands that originally entered, and walked away with a special award.
Posted by By Mark Betcher at 8:15 AM