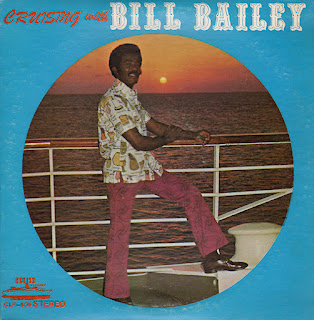 From the back cover: Carleton "Bill" Bailey was born to sing. Although he never received formal training. In 1960, he was employed by an advertising agency and stayed with them for the next nine years until the urge to travel, especially sea travel, became so strong that he left a promising career in advertising to take a job as a bar waiter on the M/S Starward, while working, Bill would sing and, one day, entertainer Johann Sandquist heard him singing "Yesterday" and called him over and asked him to sing it again while he backed him with his guitar. Bill complied and Sandquist spoke to the cruise director who put Bill in the next native show, where he became an instant success.
Posted by By Mark Betcher at 4:47 PM