Al Morgan At The Dunes 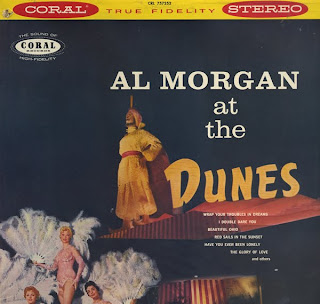 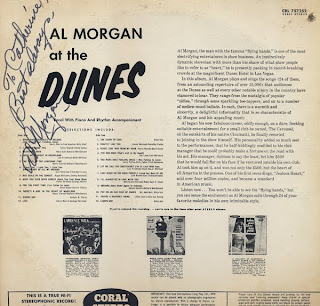 One of the cooler Al Morgan album covers.

Morgan, a native of Cincinnati, started out as a local act preforming at The Carousel. The back cover states that Morgan bet the manager of The Carousel $500 that he would "make a fortune on the road with his act." He won the bet when one of his first recordings, a cover of Jealous Heart sold over four million copies (1949).
Posted by By Mark Betcher at 6:09 AM