Forest Combs and the Future Generation 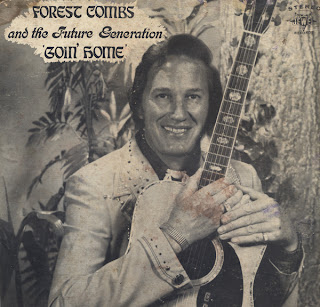 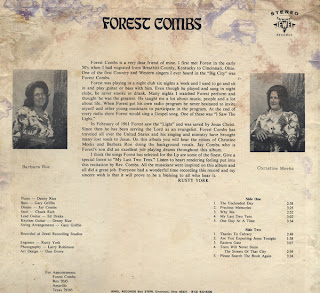 Early 60s private press. Combs was an artist who apparently played clubs in the Cincinnati, Ohio area where he met Rusty York, owner of Jewel records, who also preformed as a musician himself and engineered a tons of local albums.

According to the jacket notes, written by York, he sat in with Combs on occasion to play guitar or bass.

The mailing address for Combs on the back jacket is Amarillo, Texas.
Posted by By Mark Betcher at 5:02 AM