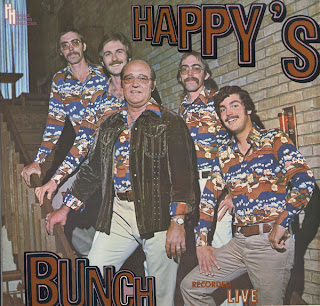 From the back cover: But - I got itchy feet. Wanted to play rock. I'd had enough of the "variety" stuff. I was still young and wanted to ROCK! So Bob (the drummer) and I ran off to play ROCK. We got his two brothers, Mike and Pat, and played ROCK for two years. Nothing but ROCK... until we were sick of it!
Posted by By Mark Betcher at 5:44 AM